Defective apparatus: It refuses to behave according to its original rules and insists on avoiding people. part 1

I was invited to show something at the Valparaiso Arts Festival (Festival de las Artes de Valparaiso, FAV), happening on January 2015. At that time I was working on the idea of the defective machine that can’t do it’s job yet keeps on working, thus it produces something useless- in the sense of it’s original use-, so as consequence it has to fall into the art’s scope.

The laser ray, according to the hollywood-esque code, works simultaneously for delimiting space and an intruder detection system. In the case of this work, this laser ray looses its original use because it acquires a fobia towards people, driving it to avoid people constantly.

Each time someone or something blocks the ray, the system reconfigures its mirrors so the ray avoids the blocked route, generating a new spacial delimitation.

The installation consisted on 16 modules, each with a mirror and two servo motors. The mirror could point towards any direction within a semi-sphere. This installation was placed on the intersection of two streets in Valparaiso. Each of the four corners of the intersection had a post, on each of these posts 4 modules were placed. A green laser was point towards one of these mirror, from where it bounced towards another mirror, then to the next and so on. As the mirrors were able to move, bounce route could be modified; every time the laser was blocked the mirrors created a new bounce route.

So far it sounds very nice but unfortunately this installation failed. I had a very short time to build all this and program it and a scarce budget. Because of the budget I used used servos, that happened to behave not as expected, making the calibration process impossible. My idea was to test everything at my studio but due to the time constraints I could not. Besides this I realized to late that the servos precision was to low (it is very low actually) wasn’t enough to be able to set all the possible bounce routes. All over this I had only one day to mount all the system, it took me more than I expected, and at the time that I was calibrating the whole thing the servos were acting badly and at the end I was unable to setup the whole thing. On top of this the air was very particle-free that specific day, usually there’s a bit of fog/moist on the air as Valparaiso is on the seaside, meaning that the laser rays were imperceptible. It was not fun. It was very frustrating. Although I want to finish this project and make it work. So far budget is my constraint… 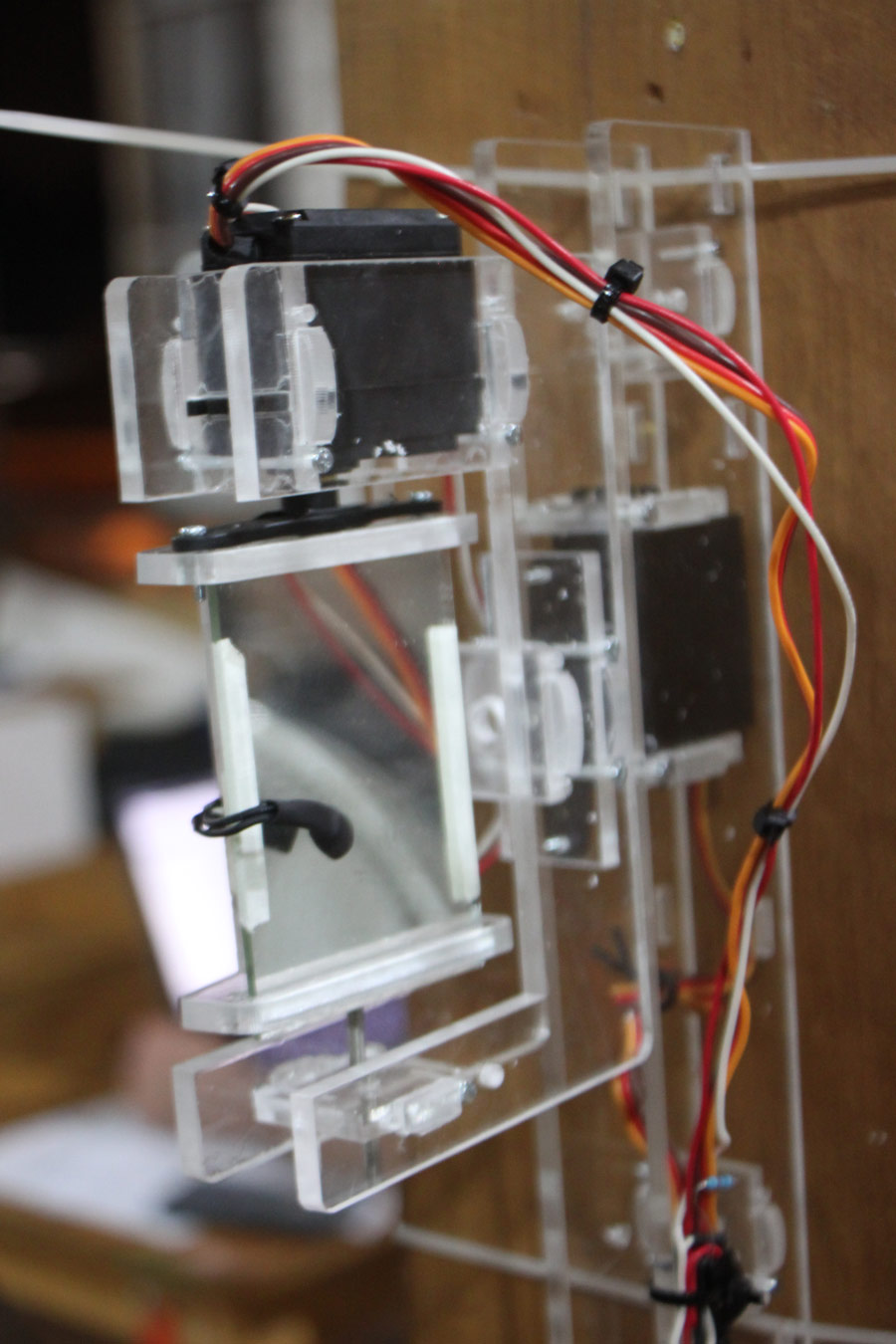 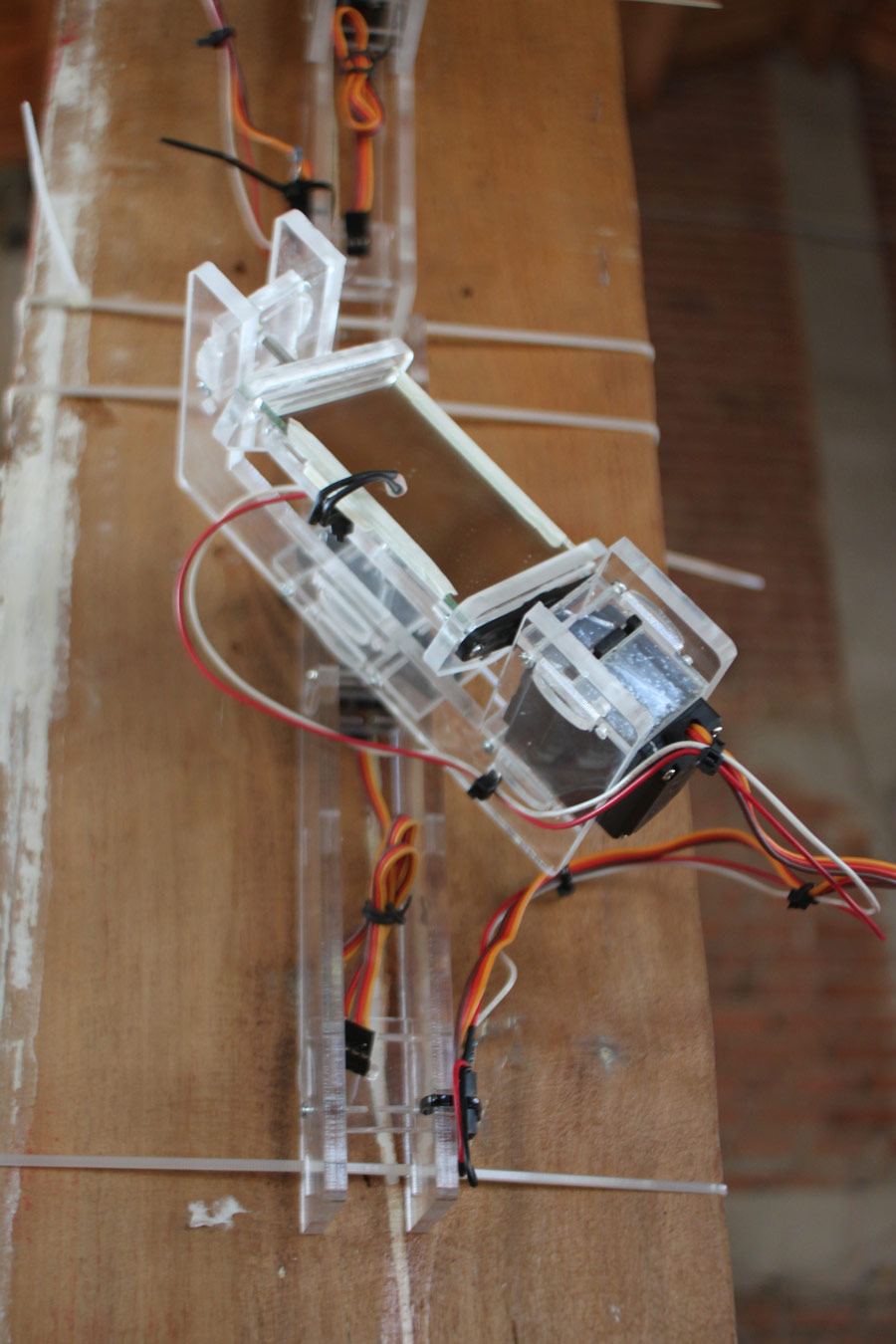