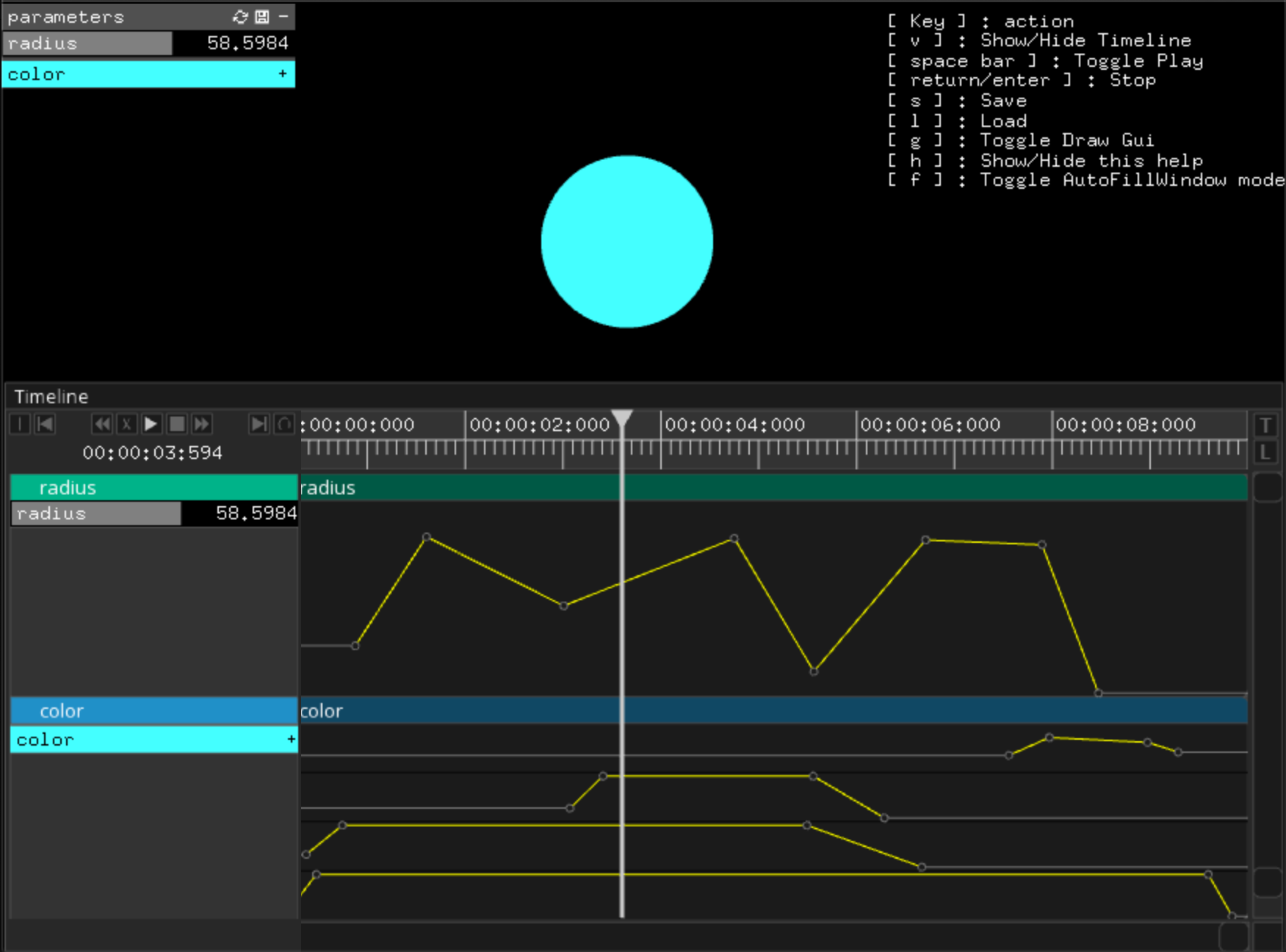 A new timeline addon for openFrameworks.

A new timeline addon for openFrameworks.

ofxTimeline , created by James George, has long been the go-to timeline tool for openFramworks. It has been modified and tailored numerous times over the years for specific things but current versions are not as accessible as they could be to the beginner user. ofxLineaDeTiempo comes into play in order to fulfill this need, making it easy to anyone to easily utilize a functional timeline with both basic and advanced features. The key is that it requires minimal coding and is deeply connected with ofParameter and ofEvent.

As I could not use ofxTimeline as the name of this addon, ofxTimeline2 sounded boring, and considering that I am a native Spanish speaker it made sense to use a Spanish word instead. Línea De Tiempo is the literal translation of Timeline into Spanish, hence ofxLineaDeTiempo

This is still a work in progress. It is working as expected and seems stable, yet it needs more testing. You are very welcome to test and provide feedback, as well as using it on your projects.

This addon was kickstarted while I was a Resident and Contributor at COSA at University of Denver on the winter of 2020. Many thanks to Christopher Coleman @digitalcoleman, director of COSA, who was kind enough to make it happen. :D